From Realistic to Unnatural: How Gum Recession Affects Tooth Implants

Tooth implants are placed directly in your jaw, or more precisely—in your alveolar ridge, which is the part of your jaw that hosts your dental sockets. It's the connection between the bone and the implant that gives the implant its necessary strength. However, it's your gums that help to give the implant a realistic look—ensuring that the implant and its prosthetic tooth look natural. This natural look can be lost if your gums begin to recede.

Gum recession (when your gingival tissues recede) isn't necessarily triggered by a tooth implant, although the implant may have been a factor for some patients. If the implant was placed at an incorrect angle, or too close to the front of the gums, the bite pressure emanating downwards from the peak of the prosthetic tooth can affect the gums, causing them to recede. This is because the position of the implant has left insufficient gingival tissue on the outward-facing side of the prosthetic tooth.

Other Causes of Recession

Gum recession is a problem for all the teeth in your mouth, no matter if they're natural or prosthetic. Even though a tooth implant and its prosthetic tooth cannot be affected by decay and deterioration in the same way as a natural tooth and its support structures, gum recession will begin to expose portions of the implant which should be safely concealed beneath a healthy layer of gingival tissue. Gum recession can cause a natural-looking implant to look unnatural.

The Issue Won't Resolve Itself

Unfortunately, gum recession cannot be reversed without medical intervention, and this can be unavoidable if any of the metal portions of your implant have become visible. You shouldn't wait to see if the issue will resolve itself because it won't. It will continue to get worse. Your dentist will determine the cause of your gum recession and will give you detailed instructions on how to prevent a recurrence of the problem. You will likely need gingival grafting to restore your lost gum tissues.

This grafting should be performed as early as the problem is noted. In the earlier stages of gingival recession, your dentist can perform a pedicle graft, which simply involves a slight stretching of surrounding tissues to cover the deficiency. If the recession is allowed to progress, you will require the more intensive free gingival graft, which involves gingival tissues being harvested from elsewhere in your mouth, and then being grafted onto the target area.

Gum recession can make your natural-looking tooth implant look very unnatural. Remember that it won't go away by itself, and the earlier the issue is treated, the less involved this treatment will be. Contact tooth implant services to learn more. 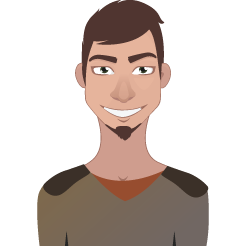